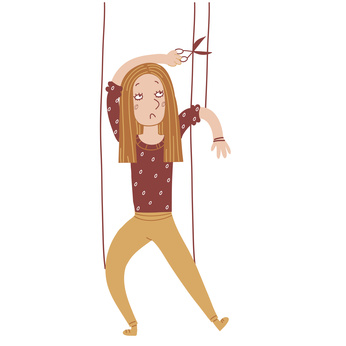 few days and whilst I accept the ethical questions, I am a bit hesitant to jump on the bandwagon chastising the social platform for its manipulation of its users. I think the real issue is we’re gullible and easily manipulated, hardly the fault of Facebook.

The fact that Facebook subjected almost 700,000 users to an experiment without their knowledge (there are different schools of thought on this, some say we consent by simply signing up to Facebook and others highlight ethical guidelines which suggest anyone who is potentially being manipulated as part of a psychological experiment need to give their formal consent) has not preoccupied me in the same way as the question of us as modern, free-thinking human beings who display somewhat sheep-like behaviour.

Perhaps the realisation that our moods and emotions can be so easily influenced is actually at the root of all this upset and outrage.

Facebook’s experiment (read more about it on Mashable) involved managing newsfeeds. Some users saw posts with more negative language whilst others were shown a higher number of positively written posts. Their reactions were monitored and those exposed to increased negative language were more likely to be downbeat in their own posts and vice versa suggesting a ‘contagion’ effect. We all know people can be affected by the moods of others either positively or negatively but what is possibly obvious but, until now, undocumented, is our emotions can be affected from afar.

Interestingly, the findings counteract the view that reading about our friends’ fortunes, achievements, fun-packed lives and happiness has a negative impact on those of us who feel we are not quite cutting it; the opposite appears true: those upbeat posts are more likely to give us a bit of a boost.

Having read widely (although I am sure there is much I have missed) on the subject this week, the comments on articles and blog posts have been much more revelatory. Here, the cynics amongst us have been suggesting we’re a gullible lot and we should be more conscious, questioning and analytical when we read and subsequently share or comment on posts.

Arguably, more research is needed on quite why we are so easily led.

Go to your newsfeed now and take a look at what your friends are reposting, I guarantee the evidence will be staring you in the face (pun intended). The most prolific reposting I have seen is from the far right organisation Britain First. These guys are masters of manipulation. Facebook’s experiment has nothing on them.

Ok, so a small number of your friends may be far right supporters but I suspect the majority are somewhere in the middle yet these mild mannered, moderate people share Britain First posts on a daily basis. The organisation, borne out of the British National Party (BNP), post photos of animal suffering and veterans to dupe people into reposting and liking their page (at least I hope they are duped and we are not turning into a society which has more in common with 1930s Germany). The latest round of photos I have seen in my newsfeed celebrated the life of Princess Diana on her birthday. What’s particularly galling is it doesn’t take much to find out the background of such posts before sharing but by and large, Facebook users just don’t, they repost with no apparent thought.

And, as an aside, if Facebook wants to manipulate my newsfeed to filter out the endless ‘my baby’s development at 16 weeks, 18 weeks, 20, 22….’ or those inane statuses which read along the lines of ‘so angry/upset/hurt right now’ or ‘why do people have to behave like that, you know who you are’ and the equally annoying subsequent responses ‘call me, babe’, ‘inbox me, babe’, ‘I know, so bad’, ‘you tell ‘em, babe’; be my guest. Please!