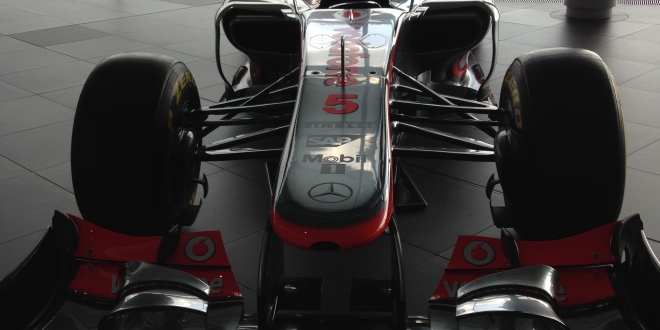 A trip to McLaren put engineering on my son’s radar

The news of 5,000 job vacancies in the UK automotive sector is a shocking indictment of the skills shortage in the UK.

We need to encourage our kids to study science, technology, engineering and maths (STEM) subjects or the skill shortage highlighted in the report from the Automotive Council will be exacerbated.

The report was put together by the Society of Motor Manufacturers and Traders (SMMT) Industry Forum, which surveyed British companies in the supply chain as well as manufacturers to identify the skills gap.

Almost one fifth (19%) of jobs are considered to be ‘critical’ and as having a significant impact on operations with engineering positions being the most difficult to fill, especially design and production engineering. Not surprisingly, British-based automotive companies are forced to recruit from abroad.

It is nothing short of a travesty that the highly successful British automotive sector, which supports almost 800,000 jobs and delivered the best year of vehicle production in a decade with 1.59 million vehicles built last year, cannot be sustained with home grown talent. By 2020, production is predicted to reach an all-time record of two million so we need to take some serious action.

So what’s going on and who’s to blame?

The government has hitched its wagon to the apprenticeship train but that will only help reduce the skills shortage if we produce the right calibre of school leavers with a solid STEM foundation to take up the places.

Meanwhile, automotive companies need to ensure the apprenticeships provided at 16 and 18 offer genuine career progression and the opportunity to continue learning to degree standard and beyond. The new degree apprenticeships, available in nine sectors, need to be extended to cover all aspects of engineering to ensure it incorporates the areas the report identifies are crucial to the on-going success of the automotive sector.

The government launched special STEM schools in 2010 in an attempt to develop the skills demanded by industry. Known as university technical colleges or UTCs, these new schools aim to bring industry into the classroom with input from local companies, currently there are 39 and by 2017 they are expected to number 55. Students can transfer in year 10, the start of the GCSE year, and sixth form.

But here’s the rub: what secondary school is going to actively encourage some of its most able students to leave (possibly freeing up a place which could well be offered to someone who has been permanently excluded elsewhere) when they have been forced into a league table system which pits schools against each other? It’s never going to happen!

UTC as an option only came onto my radar because an advert from Reading UTC, one of the more successful ones, appeared in my Facebook feed. We are considering moving my current year nine son although it is likely that the journey will determine our final decision as we live 16 miles away.

Already two UTCs have closed due to low take up of places, which will be, in part, as a result of lack of knowledge and integration with regular secondary schools, unlikely to change given schools will want to hang onto their good, hardworking and exceptional students. Not only that, switching schools for any pupil in year ten is a tough ask as they will be pretty well established in friendship groups and we’re expecting them to swap their status as inching towards the top dogs in school to be the youngest once again.

As a parent, I have concerns that the low take up of spaces would mean the kids with nowhere else to go will fill them up, not the kind of fellow students you would want for your child. However, Reading’s outstanding Ofsted and its impressive first batch of GCSE results makes it stand out among some of the other UTCs which have not performed so well.

The automotive sector is already involved with UTCs up and down the country – Toyota and Rolls-Royce are involved in Derby UTC whilst Bentley has a tie-up with Crewe UTC. Interestingly, Neil Patterson , Silverstone UTC principal in Northampton, was previously the chief engineer at McLaren Automotive and his move into education was partly inspired by the skills shortage he witnessed, a view that his former boss CEO Ron Dennis  has echoed.

For parents and students, who have long been brainwashed into thinking academia is the preferred route, a complete u-turn that we should consider the more practical UTC is a difficult concept for us to accept.

Since the government insist on placing schools in league tables, little wonder that we as parents will make our judgement accordingly. The Guardian published results of 15 UTCs and found its A Level results were lower than schools with 48% of students gaining A* to C compared with 77% in schools. However, the report points out around half of UTC students took a BTec extended diploma (equivalent to three A-levels); 96% of those secured a merit or distinction and 99% passed.

Browbeaten by the government’s pursuit of academic excellence into thinking top A Level grades are the results that actually matter, we are wary of whether university and industry perceive BTecs as having the same currency as A Levels.  You can obviously progress from UTC to university, but with top universities demanding three top A Level grades for entry, it raises questions over choosing the BTec route which is a core UTC offering.

One of the government aims with UTCs is to increase social mobility, however, they serve a wide area yet there’s no help with transport, if my son does switch to Reading UTC, we can expect to be forking out £80 per month in train fares.

On the face of it, UTCs looks like one of the answers to the STEM skill shortage, but only if BTecs are given the same gravitas as top A Level grades and the government creates an education culture which promotes schools working together rather than competing for the ‘best’ or most academically able students who will deliver the results they need to secure a healthy position in the league tables.

For parents, knowledge is power and knowing which jobs will be in demand and the subjects studied required to fill them is advantageous and I have certainly taken note. If we opt for Reading UTC, it is likely we will encourage my son to take the ‘safe’ three A Level option once in sixth form in order to hedge his bets.