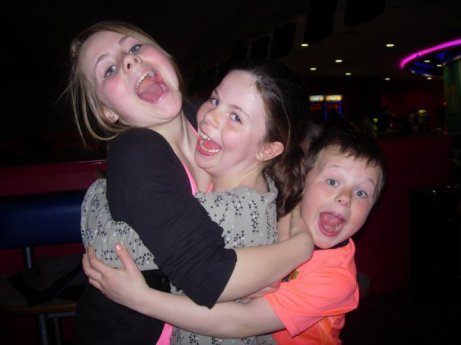 Gen Z when they were just ‘normal’ kids!

Most certainly my children and quite possibly yours too.

We have two in our house and some definitions class the eldest as one too although others identify her as the youngest of the Millennials.

Generation Z were born between the late 90s, although some specifically say 1998, and 2010. Businesses have barely got to grips with marketing to Millennials and incorporating them in the workplace, then boom, Generation Z crashes onto the scene and there’s loads more of them, in the US they are estimated to number 70 million and they make up a quarter of the UK population. And they’re different, very different, even to any older Millennial siblings, apparently.

Firstly, the internet is older than this generation and whilst Millennials have grown up with computers and gaming, Generation Z can’t remember a time when not everyone had a mobile phone, being constantly connected to the internet and where social media is a natural way to build and cement physical relationships.

Naturally, they have an affinity with all things digital and their ease and acceptance of the virtual world and the way it seamlessly intertwines with their physical lives is somewhat disconcerting and even alien to their typically Generation X parents (that’s us, by the way). But whilst members of the generation who went beforehand often demonstrated scant disregard for the potential personal consequences of anything they shared on social media, Generation Z are much more cautious.

They differ in other ways too; they are more likely to be entrepreneurial and are more careful with their finances. Many of them are already working for themselves preferring to offer their car washing or lawn mowing services and pocketing the cash or even providing private tutoring than opting for the usual ‘Saturday’ job at the local supermarket or on the High Street.

One such entrepreneurial Gen Zer has set up GenZLink with his dad to help companies connect with this notoriously elusive generation. They write: “Adults and kids have very different views of computers. Adults in the modern age got computers when they were older, so their memories of computers are using them for boring, lonely ‘work.’ My generation uses computers for fun and games with friends; creating happy memories all the time. We also use them for creative expression.”

As well as being sensible with cash and willing to set up their own enterprises, Generation Z has a social conscience and they want to make a difference in the world. They are comfortable with different cultures, alternative beliefs and embrace diversity; they are more likely to be non-judgemental, readily accepting people of all creeds, colour and sexuality. However, they have short attention spans and 11% have been diagnosed as ADHD, according to one blog post on LinkedIn I read.

Whilst you would expect each generation to encompass a rebellious spirit which may manifest itself in different ways across the years, Generation Z youngsters are a conformist bunch. They are less likely to be seduced by the cult of the celeb although they love YouTube. They want to have adventures and experience the world as well as change it for the better and are less likely than any of the generations which have gone before to accept a 9-5.

Generation Z may be a tad too conservative for their more out-going parents, but they are keen to be involved in debate, discussion and act on their ideas to make an impact.

For marketers hoping to persuade them to buy the next big thing, Generation Z are hard to reach and even harder to influence. They have grown up in a world which has bombarded them with marketing messages and just like a nagging parent, they are very adept at tuning out. Truth and integrity are important to Generation Z and any brand which thinks it can get away with not being genuine or transparent when transacting with this generation of consumers will soon be off their radar.

Part of the reason for Generation Z’s more conservative attitude and sensible approach is the uncertain economic world in which they live as they come of age; they have seen rugs literally pulled from under the feet of friends and family. Growing up in a fragile economy where the good times were rapidly replaced with the bad and then heralded back again has taught them nothing is certain and relying on themselves is the only real dependable course of action.

If you’re a parent with a couple of Gen Zs in the nest and you’re slightly concerned that you’re raising rather pious, if open-minded, and far too sensible individuals, even if they are unlikely to be as debt-ridden as their parents, content yourselves with this thought: my solid Gen Z daughter (b. 2000) beat seven others (only one was a fellow Z) at Cards Against Humanity on Christmas Day – they may not be as PC as the social commentators would have us believe!