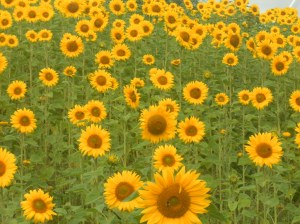 There’s millions of us solopreneurs and we’re doing alright!

Being a microbusiness – employing less than nine people but many of us being one man and one woman bands, it has been extremely heartening to hear of our recent acceleration and our contribution to helping the country back on its feet.

So who are these microbusinesses, how can they help your bigger businesses and what are their benefits?

The European Commission’s definition of a micro-business is fewer than 10 employees and a turnover or balance sheet total of less than €2 million. Now I wish I was somewhere near turning over that much but I’m not even in spitting distance of six figures! The fact is the majority of us earn a fairly decent living, at least enough to pay the mortgage, enjoy a modest holiday and indulge our kids in a number of sporting activities. That still makes us a valuable contribution to both the economy and the functioning of our typically much larger paymaster company clients.

Last year, Lord Young, an adviser to the Prime Minister on small business and enterprise, published the government’s report ‘Growing your business’ and its statistics are staggering:-

* There are 4.8 million firms in the UK, a six-fold increase on the number of firms in the 1970s and up from 4.26 million businesses in 2008 at the start of the recession
* Of all these firms, an incredible 3.6 million are sole traders, without employees
* Although three quarters of these firms are sole traders, there are nearly a million micro firms (with one to nine employees)
* Micro firms which have increased by 40% since 2000

Writing in the Huffington Post, Emma L Jones, founder of online small business community Enterprise Nation and co-founder of national enterprise campaign StartUp Britain, reports one in 10 homes ‘house’ a business and these 2.95 million home-based companies contribute an almighty £243 billion to the British economy. She argues that far from being a sign of a ‘weak economy’, it’s ‘a glimpse of the future’. Answering critics who believe this new wave of entrepreneurs will quickly return to regular jobs once the economy gains even more traction, she argues that the freedom and flexibility of being self-employed will prove too much of an attraction for most.

Micro-businesses are extremely successful extensions to big business for several reasons:
* No headcount increase
* No sickness or holiday pay to worry about
* No PAYE or national insurance payments required
* Scaled up and down according to the company’s demand
* Skill set can be carefully selected to suit certain projects
* Micro-businesses are more flexible and attuned to meeting clients’ needs
* Arguably, a higher sense of loyalty as micro-businesses often depend on repeat business and referrals
* Prices from micro-businesses, especially those that offer a service such as marketing, accounting or even admin support, are highly competitive because they don’t have the overheads of even an SME offering similar services
* Technology means they don’t have to be office-based

Business writer and former senior editor at Fortune Small Business magazine Elaine Pofeldt refers to these workers as ‘solopreneurs’, a much more all-embracing and positive term than the rather patronising ‘mumpreneur’ that we have been hearing much about lately.

If you’re a big business or at least bigger than us micro-businesses and you’re in need of some additional expertise, project management or on-going support, do give us hard-working, highly skilled and extremely reliable solopreneurs a call.