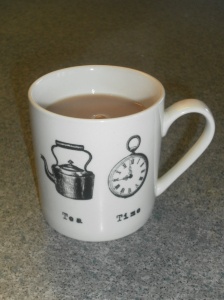 Never underestimate the power of the humble cuppa. That quintessentially British cup of tea (be it harvested in India or China) is the ultimate pick-me-up, ice-breaker, sympathy soother and general all-round feel good tonic.

So bosses really need to pay attention when a survey from the charity Royal Voluntary Service (RVS), well known for serving endless cuppas in hospitals, found more than 2.5 million workers don’t have time to make hot drinks for everyone in the workplace.

The results also show a third would rather make their own drink and return to work in double quick time whilst others wait to brew up when there are few people around or deliberately make horrible drinks to avoid being asked again.

So why should Britain’s managers and directors be worried about the demise of the tea round at work? In fact, they should be fairly happy, after all, their employees are filling their time more productively rather than making tea for colleagues.

There are several reasons:-

Cheers: A friendly cuppa can even bridge the age gap

* Making hot beverages for your co-workers breaks the ice
* Sharing the tea-making promotes greater team spirit and co-operation
* Friendships can be made over the sharing of a simple beverage
* Handing out a steaming cuppa gives workers chance to speak to colleagues rather than send yet another email
* For the tea-maker, it provides a break from their current project which can stimulate renewed vigour on return to the desk or workstation
* A welcome cuppa can reduce stress levels all round

Interestingly, a massive 40% felt the tea-round was on its way out because bosses never share the brewing!

According to the Daily Mail today, the average Briton consumes five cups of tea or coffee a day at work, with over two fifths drinking more than five despite the decline of the communal drink.

Now TV presenter, actor and funny guy Stephen Fry and actress Felicity Kendal, also the ambassador for the RVS, is urging Britain to carry on brewing!

If you’re feeling charitable, then join in the RVS’ Great Brew Break fundraiser.

And, bosses, make sure you take your turn. Your employees are likely to see you in a different light, combined with enhanced team spirit as everyone brews up in the kitchen, increased productivity and better results will surely follow.

The humble cuppa is also one of the secrets of a happy, long-lasting relationship. The Enduring Love? study, undertaken by social scientists at The Open University and funded by the Economic & Social Research Council and published last year, showed that simple acts of kindness are the things that keep people together. The two-year study involving 5,000 people revealed simple deeds – like making your loved one a cup of tea – to be more powerful than over-the-top romantic gestures and are even considered as important as saying ‘I love you’. 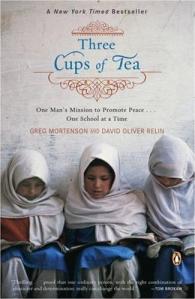 The book’s title comes from a proverb: from the Balti people “The first time you share tea with a Balti, you are a stranger. The second time you take tea, you are an honored guest. The third time you share a cup of tea, you become family…”

Quite frankly, if a cup of char is good enough for world peace, female empowerment in the Third World and lifting people out of poverty, it’s good enough to improve workplace relations. So what are you waiting for? Put the kettle on!

Great Brew Break events take place from 28 April to 4 May BS RVS will host an online roll call of all bosses who make the tea for their colleagues.
http://www.royalvoluntaryservice.org.uk/fundraise/ways-to-fundraise/great-brew-break